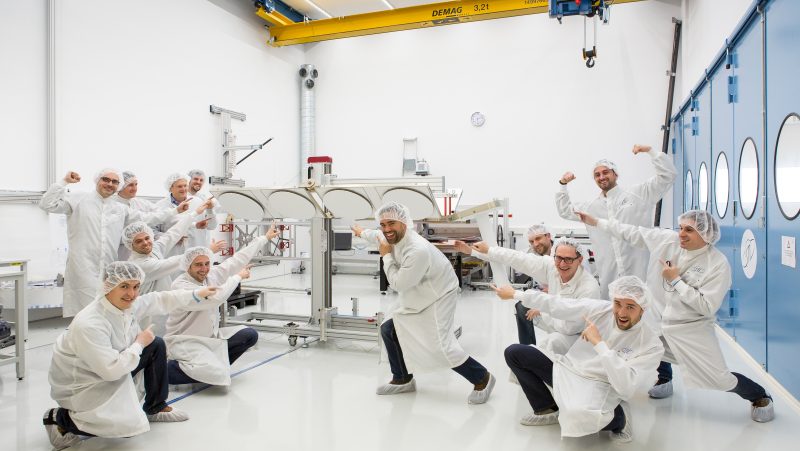 By admin on 2. August 2017in Allgemein, Unternehmen

In June 2017 the ICARUS flight hardware was declared ready for hand-over to the ICARUS project cooperation partners in Russia. After a series of thorough tests and inspections, Russian specialists from RSC Energia gave the go-ahead for shipment of the ICARUS Flight Hardware to their company test facilities in Korolev, near Moscow. There the ICARUS flight hardware will undergo further functional testing in mid July together with a fully representative ground model of the Russian part of the International Space Station ISS. Upon successful completion of the joint test program, the ICARUS flight equipment will be shipped to Baikonur for a launch scheduled in October 2017.

The ICARUS instrument consists of an antenna which will be mounted on the outside of the Russian ISS module and a processing unit accommodated inside the ISS. During routine operation, the antenna will receive data from transmitters attached to animals which will allow scientists to better study animal behavior. SpaceTech GmbH has developed, built and tested the ICARUS instrument during the last 4 years as leader of a team of German SMEs.

The ICARUS space project was commissioned by the Max Planck Institute for Ornithology and is funded by the German Space Agency DLR.