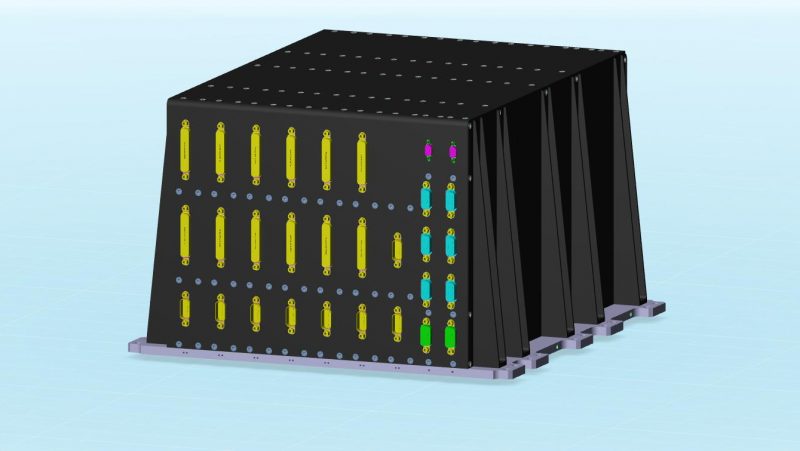 By admin on 13. Februar 2020in Allgemein, Unternehmen

PLATO is an ambitious science mission within ESAs Cosmic Vision program. The objective of the mission is  the detection and characterization of extrasolar planetary systems and their host stars. This includes the properties of terrestrial planets in the habitable zone around solar-like stars. Plato has also been designed to investigate seismic activity in stars, enabling precise characterization of the planet host star including its age.

ASP-Equipment has been contracted by ESA  for the development, manufacturing, assembly, integration and test of the PLATO Ancillary Electronic Units (AEU).

The payload consists of 24  cameras with CCD-based focal planes, operating in white light. They will be read out with a cadence of 25 s and will monitor stars. Two additional ‚fast‘ cameras with high read-out cadence (2.5 s) will be used for dark stars.

The PLATO Ancillary Electronic Units (AEU) includes two different types of units. The F-AEU is ‎connected to the two fast cameras and each of the two N-AEUs is connected to 12 normal ‎cameras. They are located in the Service Module of the satellite and are controlled by the Instrument Control Unit (ICU).

ASP-Equipment GmbH and its subcontractor Evoleo Technolgies feature the complete value chain for the design, development and analysis of the AEU. Manufacturing, integration and test will be performed exclusively at ASP-Equipment GmbH.