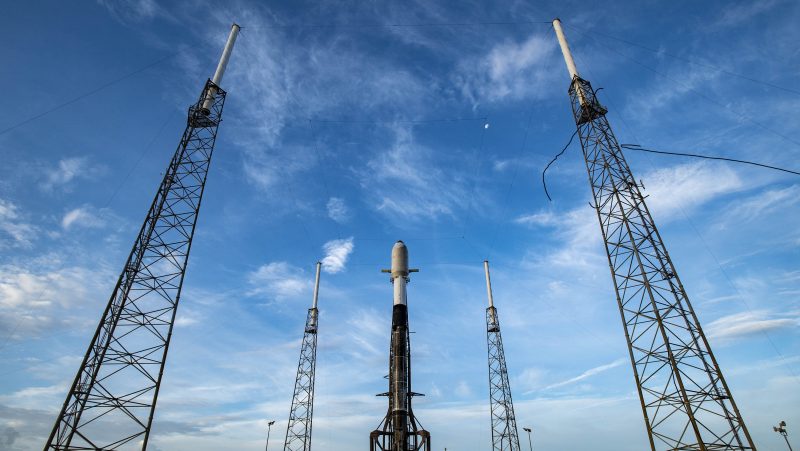 By Jens Janke on 18. August 2021in Common, Companies, Politics

On Wednesday, June 30, at 21.31 hrs CEST a Falcon 9 by Space X took off to a transporter 2-mission from legendary spaceport Cape Canaveral, Florida. On board: Italian NewSpace company D-Orbit´s ION Satellite Carrier on its „Wild Ride“-mission with tech-passengers from 11 countries, among that HPS ADEO-N2, named „Show me your Wings“. ION was successfully separated from the launcher exactly one hour after liftoff.

The ION-platform itself will now seperate one payload after the other on their respective orbits for in-orbit validation tests, until finally the platform turns into a test object itself, since it will be brought back „home“ by ADEO, the world’s only industrial NewSpace drag sail of its kind for the multiple accelerated return of retired satellites. The idea behind it: „Just keep space „cleangreen“ by launching only what you have equipped with a device to bring it quickly back home after use“, says Ernst K. Pfeiffer, CEO of German spacetech company HPS. ADEO is available from HPS in different versions tailored to the size and weight of the spacecraft in question. In this case, it is one of the smallest versions, weighing just 800 grams, with dimensions of only 10x10x10 centimeters³ and a sail area of 3.6 square meters.

HPS CEO Ernst K. Pfeiffer is convinced that ADEO came at exactly the right time to promote sustainable NewSpace development by avoiding the threat of apocalyptic space debris scenarios, despite rapidly growing constellations. In this context, Pfeiffer emphasizes the excellent R&D support provided by engineers and test facilities of the DLR Institute of Space Systems in Bremen, as well as the various economic development support contracts and grants provided by ESA, DLR and the Free State of Bavaria.

The implementation of the technology developed by HPS’s NewSpace Team at Munich headquarters was largely supported by the hands of engineers and technicians of the Romanian subsidiary and Romanian workshops. This is now, according to Pfeiffer, „our clear advantage having all in one company: heritage from institutional space, a tailored „internal start-up department“, a steadily growing house in Bucharest and several trustful development and production partners. New and expanded challenges to innovation and manufacturing are already waiting.“

At the end of the nominal ION-mission, in front of its “eyes” of the integrated cameras, the ADEO braking sail module unfolds, shows its „wings“ and leads ION to residue-free disposal by incineration in the atmosphere much quicker than without the sail. The first 100 km of descent will be monitored intensively. This is planned to happen in a mission slot between December ´21 and January ´22. This mission now is the last verification in a series that also encompasses a first flight on Rocket Lab´s Electron in 2019 and several parabolic flights until 2021.

With this inflight-proof of maturity ADEO is targeted to go then into serial production for customers already waiting in the U.S., Europe and Asia.