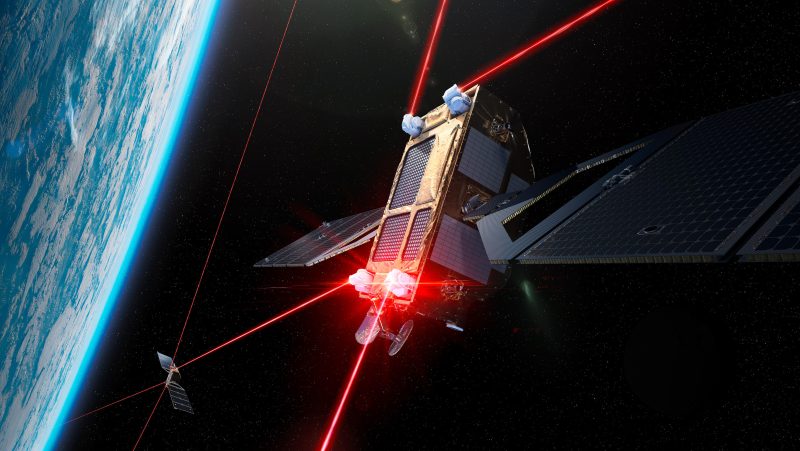 By Jens Janke on 13. December 2021in Common, Companies, Politics

By 2025, Europe will have its own constellation of satellites to ensure sovereign capacity for both commercial and institutional communication channels. Fast Internet, autonomous mobility at sea, on ground and in the air, automatic exchange of information between technical installations, support for military and humanitarian actions, and other applications for public authorities, companies, and citizens: the project is “Europe’s technological declaration of independence,” notes Walter Ballheimer. He is managing director of satellite manufacturer Reflex Aerospace and spokesman for the inner consortium circle formed by Reflex, laser specialist Mynaric and launch service provider Isar Aerospace. The three are at the head of a steadily growing phalanx of currently around twenty space companies in Europe. They all set the standards for innovation in space technology in their areas of expertise, but above all they have one thing in common: they are mainly small and medium-sized companies (SME), some of them still start-ups, that are tackling this task.

The European Commission is also very interested in such a concentration of innovative forces; a few days ago, the UN.IO consortium has been selected for one of its two study tenders addressed to companies from the so-called “New Space” domain and endowed with 1.4 million euros. For the EU, a secure, very fast and, above all, sovereign communications network for Europe is a top priority. In addition, it must meet sustainability criteria for the EU’s “Green Deal” and also build the technical bridge from today to a more distant future, when the communications network in Europe will then be extremely well protected against cyberattacks by quantum encryption.

There is a great need for speed, because Europe is still very far behind the U.S. and China, both of which have already largely realized their constellations of communications satellites. Without their services, Europe’s economy inevitably falls behind in many areas, but actually using them here implies the risk of giving away control. High time, then, for Europe to come up with its own solution, says Walter Ballheimer. “We have everything we need in Europe -we just need to combine and activate it highly efficiently now. Our consortium is ideally prepared for this task, because flexibility, speed and cost-effectiveness, together with the innovative strength of the continent’s technological avantgarde, form the DNA of the space industry. Example 1: At UN.IO, quantum cryptographic processes of tomorrow together with untouchable laser links will guarantee both security and speed. Example 2: Instead of conventional concepts that clog the Low Earth Orbit with tens of thousands of satellites, we achieve even higher communication performance by intelligently combining different orbits with just a few hundred satellites. And on top of that, we then, Example 3, return them from space at the end of their service life at record speed using an innovative braking sail instead of littering the orbit with junk.”

In six months, as required by the terms of the financial support, the consortium will present its technical solutions in detail to the EU. In parallel, however, work is already beginning on building the hardware structure, based on funding from the consortium’s own resources and venture capital, so that a first demonstrator can begin operating in space as early as 2023, followed by more than 400 laser-linked satellites, various ground stations, several control centers and other operational infrastructure until Europe’s own UN.IO constellation is fully operational in 2025.

A first round of intensive non-public discussions with top representatives of German companies and associations on UN.IO’s service offering is already taking place at the World Satellite Business Week in Paris in mid-December, with more to follow in the German-speaking, Scandinavian, Baltic and Mediterranean regions by the summer. Ballheimer: “In addition, we are convinced that we will be able to win national governments as well as the EU itself as anchor customers or partners. We regard the award of the study to our consortium as a clear vote of confidence by the Commission. We are grateful for this.”