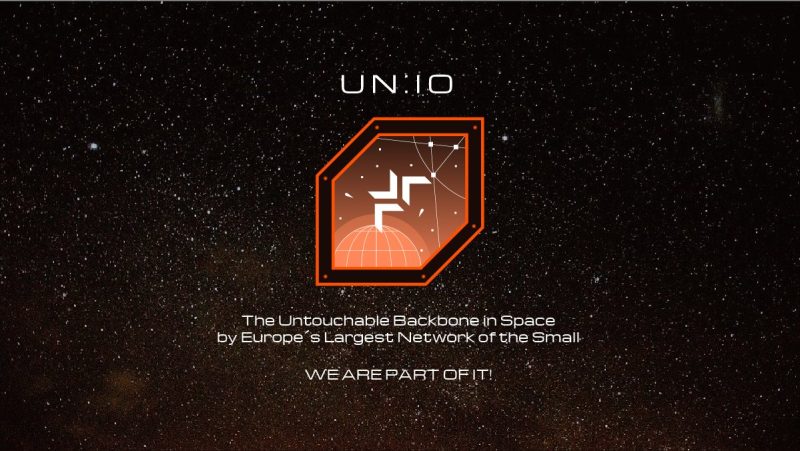 By Jens Janke on 16. December 2021in Common, Companies, Politics

By 2025, Europe will have its own constellation of satellites to ensure sovereign capacity for both commercial and institutional communication channels. Fast Internet, autonomous mobility at sea, on ground and in the air, automatic exchange of information between technical installations, support for military and humanitarian actions, and other applications for public authorities, companies, and citizens realised by a consortium formed by Reflex, laser specialist Mynaric and launch service provider Isar Aerospace.

The European Commission is also very interested in such a concentration of innovative forces and selected the UN:IO consortium for one of its two study tenders addressed to companies from the so-called “New Space” domain and endowed with 1.4 million Euro. For the EU, a secure, very fast and, above all, sovereign communications network for Europe is a top priority.

In addition, it must meet sustainability criteria for the EU’s “Green Deal” – and that is where ADEO comes in: The ADEO subsystem is a scalable, deployable drag augmentation device that uses the residual Earth atmosphere present in Low Earth Orbit (LEO) to passively de-orbit satellites between 1 to 1.500 kg. For the de-orbit manoeuvre, a large surface is deployed which multiplies the drag effect of the satellite´s surface significantly: The drag force is increased causing accelerated decay in orbit altitude. Advantageous about a drag augmentation device is that it does not require any active steering and can be designed for passive attitude stabilization, thereby making it also applicable for non-operational, tumbling spacecrafts. The passive ADEO subsystem requires neither extra propulsion nor engine, which makes it lighter in comparison to active subsystems.

So, after years of development, tests and zero-g- and in-orbit-verifications ADEO is now going to celebrate its world premiere as central element bringing sustainability to space on angel wings.